ECA / BLUE WALLS, GREEN BONDS AND DEBT-FOR-NATURE: FROM PLEDGES TO IMPLEMENTATION IN AFRICA

Cairo, 9 September 2022 (ECA) — How do you finance a fair post-pandemic green and sustainable recovery? And how do you turn pledges into action? African ministers of finance, economy and the environment have been meeting in Egypt to discuss theses urgent questions.

With COP27 less than two months away, Sameh Shoukry, the Egyptian Minister of Foreign Affairs and COP27 President-Designate, said financing for climate action in Africa had not been forthcoming despite the pledges. “COP27,” he said, “is a chance to deliver”.

It was a theme picked up by Amina J Mohammed, Deputy-Secretary general of the United Nations. “We’re losing time in making promises a reality in the lives of people. Mobilise, Act. Invest”, she tweeted. “Our people and planet depend on it.”

Ministers gathered in Cairo addressed a number of pressing issues, including the need to increase private sector finance, reducing the cost of green finance, debt-for-climate swaps and investing in sustainable infrastructure.

The United Nations Economic Commission for Africa (ECA) has calculated that climate change will cost an average of 5% of GDP for African countries by 2030, based on a scenario of two degrees of warming. If temperatures rise further, regions like the Sahel could lose up to 15% of GDP. African countries must meet their obligations under the Paris Agreement. But that needs financing.

The ECA said more funds would be required for this than have been mobilised so far. In addition, it stressed that the instruments to mobilise them needed to be made relevant and responsive to Africa’s specific circumstances.

Hanan Morsy, the ECA’s Deputy Executive Secretary, said amplifying Africa’s voice in global economic debates was critical for the fair and equitable distribution of climate finance. The continent had contributed the least to climate change, she said – less than 4% of global greenhouse gas emissions – but would be impacted the most and had one of the lowest adaptive capacities among all global regions.

Speaking at a meeting with the Egyptian Minister of Finance, Mohamed Maait, Ms Morsy said the ECA had prioritized helping African countries to address liquidity shortages amid tightening global financial conditions. For the future, the inclusion of middle-income countries in the G20 Common Framework would have to be a key priority. So too would be another issuance of SDR, with a greater share allocated to Africa.

Mr Maait said Egypt is working on uniting Africa’s voice for COP27, to reduce inequalities in access to climate finance. He also pointed to initiatives by Egypt which could be held up as examples, such as the issuance of the first sovereign green bond in North Africa. Egypt could share best practices in innovative finance with other African countries, he said.

At a panel discussion hosted by the ECA on swapping official debt for investment in climate resilience, Jean-Paul Adam, Director of the ECA’s Technology, Climate Change and Natural Resource Management Division, highlighted the need to scale up debt-for-nature swaps. They could, he said, raise capital to meet environmental challenges and support green growth. The Minister for Agriculture, Climate Change and the Environment in the Seychelles, Flavien Joubert, said his country had embarked on one of the first such swaps, refinancing over 20 million USD of their official debt, and using the savings and proceeds on an annual basis to help fund the creation of marine protected areas covering 30% of Seychelles Exclusive Economic Zone.

The meeting discussed the need to create a new framework to link debt management to climate resilience goals, and tasked ECA with developing a proposal for a Sustainable Sovereign Debt Hub to support countries to either refinance existing debt or issue new debt aligned with climate goals and using Key Performance Indicators. Ministers considered ways of refinancing existing debt for investing in nature through such a hub, saying goals that reflect the true value of natural capital were currently not well reflected in debt markets including sovereign debt markets.

To improve peer-learning and foster a dialogue between governments and ratings agencies, the ECA also held a workshop on how sovereign rating and the Liquidity and Sustainability Fund (LSF) could support countries’ green agenda.

There was immense interest in the Great Blue Wall Initiative as an opportunity for generating new investments in climate and nature. The Great Blue Wall aims to stimulate the development of Africa’s coastal and marine resources – the blue economy sector, which is estimated by the ECA to be worth 10billion USD per year. It aims to raise the first regional blue bond. Somalia expressed an interest in joining the initiative and using the ECA’s Blue Economy Valuation Toolkit.

South-South cooperation with Egypt was proposed, as it had demonstrated great progress in tackling water scarcity and notably through its comprehensive NFWE project- tackling the nexus between food security, water and energy.

Among other issues, the forum also considered the development of Africa’s carbon markets, recognizing that a high integrity carbon market is an effective incentive to increase ambition while also raising resources for investment in the SDGs and climate objectives.  ECA is currently supporting the development of a high integrity carbon credit registry for the Congo Basin which helps build to capacity of countries of the region and ensure delivery of results that are meaningful for communities. A joint communique issued at the end of the ministers’ meeting requested the ECA to present a proposal to establish a Sustainable Sovereign Debt Hub. It argued that such a hub could reduce the cost of capital for developing countries, it would support the opportunity to undertake debt for climate adaptation swaps and make sovereign debt markets responsive to climate change and nature restoration, particularly in countries facing financing challenges due to external shocks.

Closing the conference, Deputy Executive Secretary, Hanan Morsy, outlined that while African solutions need support, they wanted to design their own responses: “African countries need support- and promises must be kept.  But African countries are determined to also be the owners and drivers of their own solutions.  This is what we have seen at this ICF and we congratulate the Government of Egypt and the COP27 president designate once again on this leadership.” 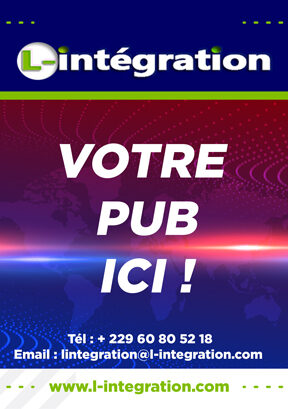 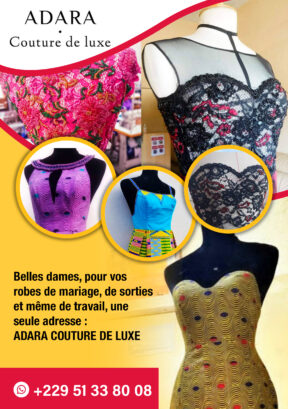