African Ministers of Finance: Immediate call for $100 Billion support and agreement; the crisis is deep and recovery will take much longer. 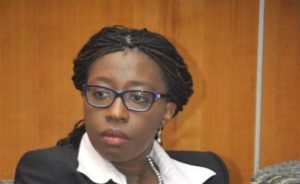 The Ministers confirmed that appropriate measures were being put in place to mitigate the spread and negative effects of corona virus disease 2019 (COVID-19). They emphasized that the priority was to save lives by continuing efforts to raise awareness, managing the social consequences of social distancing and lockdowns, focusing on the most vulnerable population groups.

The meeting focused on five main issues, the health and human crisis; the need for debt relief and fiscal stimulus for all countries; liquidity relief to the private sector and in particular the service sectors, tourism, airlines and SMEs; call for coordinated trade policy environment; and finally the use of ICT to better manage the crisis from awareness, to support, to accountability and transparency.

The Health and Human Crisis:

Ministers agreed that, the most significant steps to be undertaken were to ensure that countries were providing adequate support to front-line health workers, such as nurses and doctors, and that countries had access to adequate supplies, including testing kits, masks, isolation facilities and ventilators. It was agreed that the experience of countries and regions where the virus had already had a devastating impact sharpened the necessity of a response that embraced a “whole of society and economy” approach.

The Ministers called upon African leadership, solidarity and creativity from all walks of life, including from representatives of the public and private sectors, civil society, faith leaders, media and social influencers, to share public health messages that were accurate and responsible and to provide clear information on necessary responses.

Ministers supported the call to fund the WHO and other health initiatives including procurement, research, vaccines, manufacturing logistics and curative care and health systems strengthening. It was agreed that the effort would require strengthened coordination between all rapid-response institutions, in particular the African Regional Office of the World Health Organization (WHO) and African Union Centres for Disease Control and Prevention (Africa CDC), and all global networks such as GAVI, the Global Fund and others. The Ministers reiterated that, to meet the challenge of coordinating the global health response across the areas of vaccines, data, research and procurement of essential drugs, vital COVID19 infrastructure such as test kits and ventilators and masks a central procurement hub could be set up to manage the process working with WHO.

Debt relief and fiscal stimulus for all countries

The Ministers emphasized the heavy toll that the global economic slowdown will have on the African economy, with urgent need for fiscal stimulus to contain the crisis. They welcomed the IMF and World Bank’s call for official bilateral creditors to provide breathing space to countries at this time when the global and African economies have come to a stand-still. Such relief should be extended to countries across the region and by other creditors during this exceptional period.

They therefore called for the urgent and immediate release of the US$ 100 billion of which US$ 44 billion will go towards debt relief for all African countries. The Ministers also suggested that if the crisis were to continue, an additional $50 billion may be needed for the building back process in 2021. This will include continued stay on interest payments.

The Ministers specifically called on the IMF to support the need for additional resources, recognizing that the IMF plans to double access under its emergency financing facilities. In addition, Ministers urged the Fund to make such additional financing necessary as countries are likely to continue requesting for further support from the IMF in the near-term.

Taking note that the Poverty Reduction and Growth Trust (PRGT) would require a substantial increase in its loan resources, the Ministers called upon the Fund members who do not need their Special Drawing Rights (SDRs) for liquidity purposes to use them to replenish the PRGT loan accounts.

Given the urgency with which the resources are required, the Ministers suggested that the US$ 100 billion could be disbursed in the following manner:

Liquidity relief to the private sector and in particular the service sectors, tourism and airlines

The Ministers emphasized the fragility of the private sector, especially the SMEs who account for over 70 percent of Africa’s private sector and also emphasized the importance of the tourism airline industries and other service sectors and called for special efforts to address the needs of these sectors. They further emphasized the need for a collective voice for African airline companies and the need to preserve and protect them, given their significant contribution to the GDP of Africa.

The Ministers called on the G20, the European Union and all Development Finance institutions to support a refinancing, re-scheduling, implementation of guarantee schemes and liquidity facilities for Africa’s private sector

Over 50 million jobs could be at risk if we start closing down the agriculture sector as well. Ministers noted that the crisis continued to take a toll on jobs and employment prospects; even jobs in the agricultural sector were increasingly being threatened, owing to their linkages to the service and manufacturing sectors.  The Ministers recognized that, while development finance institutions aimed to supplement other financing sources, their efforts had not been sufficiently counter-cyclical in past crises.  The Ministers called for a change in this approach and encouraged development finance institutions to accelerate their support for the private sector, in particular small and medium-sized enterprises, to mitigate the impact of the crisis.

The Ministers urged Development Finance Institutions to allow for some repayments to be postponed and to create a “bounce back better” facility, to save companies and workers from bankruptcy and to protect previous economic transformation efforts, so that the recovery would be both faster and better.  In this regard, the Ministers called for the European Union in particular to use its guarantee and refinancing facilities, which amount to more than $7 billion, to support trade credits and guarantees and debt and interest rescheduling for the private sector. This could be done as part of the already announced liquidity facility of the European Central Bank, with support from the European Investment Bank and through other bilateral mechanisms.

Ministers noted that trade would remain an important part of the resilience framework and would also need to be part of the strategy to make it possible for countries to bounce back faster. To ease the delivery of the equipment and supplies needed to fight COVID-19, and in order to limit the adverse impact that the pandemic was having on African economies, ports and transport corridors across the continent required enhanced facilitation measures, including ‘green lanes for rapid customs clearance of medical supplies, support for transport workers and measures to reduce customs red tape.

To that end, the Ministers asked ECA, the United Nations Conference on Trade and Development, the World Bank and all partners for support in keeping trade open, and called upon countries to:

(a)        Urgently to suspend tariffs on imports of essential COVID-19 medical supplies;

(b)       To provide trade and humanitarian corridors to allow for continuous trade;

(c)        To make a diplomatic case against the imposition of export limits by certain countries on essential COVID-19 medical supplies.

The Ministers further called for countries to collaborate in supporting the potential contribution of the African private sector to the fight against COVID-19 by:

(a)        Promptly communicating changes to health procedures and implementing those procedures in a unified manner;

(b)       Ensuring the international movement of critical health and technical experts;

(d)       Pooling and sharing medical quality standards to expedite testing and safety approval, including through the

The Ministers acknowledged the importance of having strong Internet and telecommunications facilities and asked the Economic Commission for Africa to work with telecommunications operators to explore how those platforms could be used to improve the provision of information, to raise awareness about the importance of social distancing and, most important, to provide better targeted assistance to the most vulnerable. All those measures must be programmed through open budgets and open contract processes based on best practices, with a key space provided to African civil society and the private sector to help track the flow of funds through open budgets, with a view to building partnerships and ensuring that the funds reached their intended recipients.

In addition to these measures aimed at supporting small and medium-sized enterprises and the private sector, there is a need to scale up social safety nets, including digital, cash and in-kind transfers, with a view to boosting resilience in these times of shared and cumulative stress. Ministers called upon partners in the financial technology sector in Africa and globally to help to streamline technology, financial services and digital delivery tools aimed at addressing the present emergency head on.

The Ministers asked ECA to work with the private sector to alleviate the difficulties that the sector is facing, in particular the airlines and tourism industries. That would require, among other measures, engaging the private sector in work on finance guarantee mechanisms.

The Ministers emphasized that, by 12 April 2020, the measures which they called for must be in place and part of the outcomes of the following events, at which support for Africa would be formalized:

(a)        The World Bank stakeholders’ initiative, to be discussed during the meeting of the World Bank Development Committee on 15 April 2020, to announce additional support for developing countries;

(b)       The IMF stakeholders’ initiative, to be addressed at the meeting of the International Monetary and Financial Committee on 15 April 2020, to extend macroeconomic support to countries in difficulty.

Ministers in conclusion thanked all the African citizens and health care workers already at the frontline for their sacrifice and dedication – the real heroines of the continent.